Fossils preserved within opals on the surface of Mars could prove the existence of extraterrestrial life. 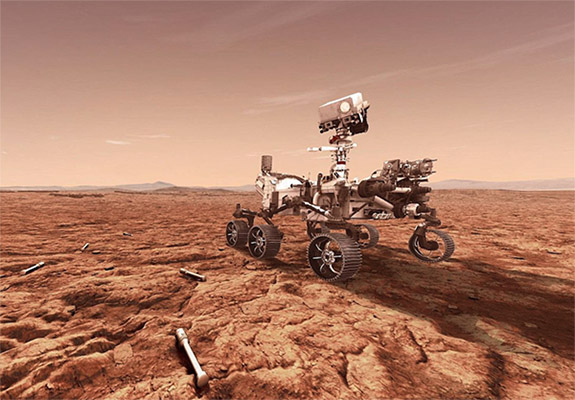 On July 20, NASA will send the Mars 2020 Perseverance rover on a 72-million-mile journey to explore the surface of the Red Planet. In mid-February 2021, the rover will begin collecting samples at the Jezero crater, which contains fields of opaline silica, better known as opal.

NASA scientists purposely targeted the Jezero crater because it was a rich source of a mineral that was likely to preserve microbial or plant material. 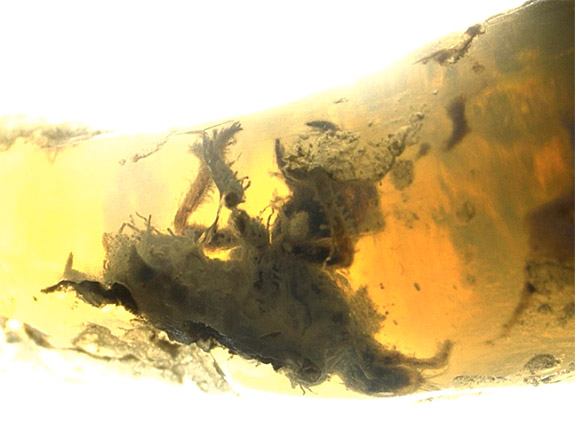 But a recent discovery of a cicada trapped within an opal opens up the possibility that the Mars rover could find a much larger fossil. The opal containing the cicada was discovered in Indonesia and studied by an international team of scientists at the ISTerre laboratory in Grenoble, France.

Team member Dr. Gene Kritsky, a cicada expert and the dean of Behavioral and Natural Sciences at Mount St. Joseph University, told Cincinnati Public Radio that opals could dramatically expand our understanding of life on other planets.

“We now know that the next landing sites on Mars contain opaline silica,” Kritsky said. “That means if you want to look for fossils on Mars, one of the places you can look is in the opals on Mars. The implications of this discovery extend beyond the pure obvious ‘Oh this is kinda neat, we’re finding insects in opal.’ The broader implications are that it may help us understand some places to look if we want to find evidence of fossil life on extraterrestrial planets.”

Back in 2015, we wrote about a tiny fragment of fire opal that University of Glasgow scientists were able to identify in a Martian meteorite that had crashed in Eqypt in 1911. Housed in the Natural History Museum in London, the fragment confirmed information gained during NASA’s imaging and exploration of the Martian surface. NASA had detected deposits of opal and other minerals. The presence of opal was significant because the gemstone famous for its brilliant orange, yellow and red display of color is also known to form in and around hot springs.

“Microbial life thrives in these conditions, and opal can trap and preserve these microbes for millions of years,” Professor Martin Lee of the University of Glasgow’s School of Geographical and Earth Sciences said at the time. “If Martian microbes existed, it’s possible they too may be preserved in opal deposits on the surface of Mars.”

Scientists had predicted at the time that the future exploration of Mars and the search for evidence of life on that planet could focus heavily on the study of opal. They were right.

The surface mission on the Red Planet is scheduled to last at least one Mars year, which is equivalent to 687 Earth days.